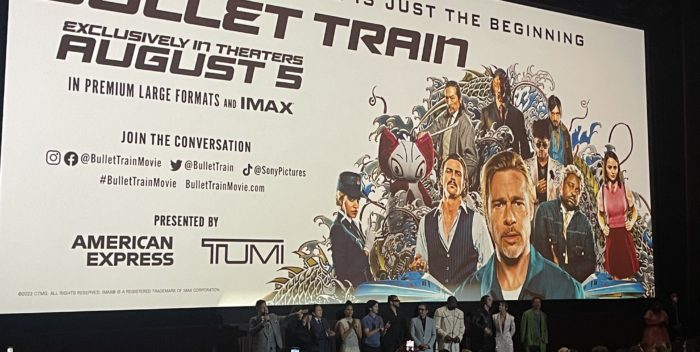 It;s a good thing Brad Pitt is so rich that he’s starting a cosmetics line.

Total now is $97,432,900. Unless a lot of people book passage on that train this weekend. the $100 million mark remains elusive, sort of the way backed up trains are lodged in the tunnel approaching Grand Central at rush hour.

Any more puns? “Bullet Train” will have its ticket punched early next week, we hope. But it’s been a local, not an express.

PS Sony’s re-release of “Spider Man, Enough Already” made just $20 per theater yesterday in 860 locations. “From web to ebb.”