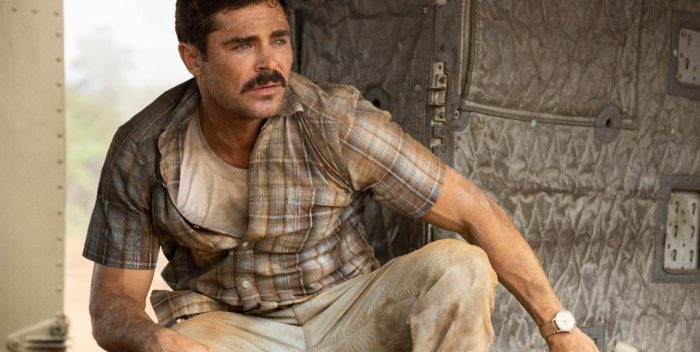 Senator John Kerry, former Secretary of State and a vietnam Vet, has gotten into the movie review business.

Kerry has written an essay in today’s Boston Globe about Peter Farrelly’s “The Greatest Beer Run Ever,” a movie I just saw and loved. It stars Zac Efron and Russell Crowe in the first film about Vietnam during the war — with the exception of “Da 5 Bloods,” which cut back and forth in time — in 20 years.

I’m told that Kerry asked to see the movie, loved it, asked to see it again, and even turned up at an advance screening.

“The Greatest Beer Run Ever” is based on a true story about former Marine Chickie Donohue, who was not a soldier but wanted to help out his pals who were in Vietnam during the war. In 1968, he jumped a merchant Marine ship, determined to deliver a duffel bag full of beers to his pals from Inwood (way upper Manhattan). His naive effort turned into a book (co-written with JT Molloy), and Chickie wound up getting a degree from the JFK School of Government at Harvard.

Kerry writes in The Globe: “For those of us of the Vietnam generation, the film is a poignant reminder that, whatever we did in that time and whatever our political perspective, how we experienced Vietnam is inextricably intertwined with who we experienced it with. But for all of us, the film can serve as a reminder that even in times of great division and conflict, hopefully we can find common ground; if not, at least we can find our common humanity. Learning that lesson hopefully does not demand that we travel thousands of miles from home as Chickie had to, but that we can find that spirit right here at home, again.”

“The Greatest Beer Run Ever” opens in theaters on September 30th and hits Apple TV Plus. Efron and Russell are excellent, it’s Efron’s best work, and the movie is an adventure no one should miss.