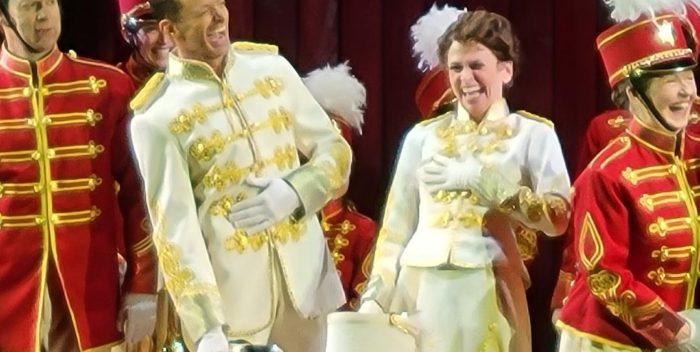 All last week there were no performances of “The Music Man” on Broadway because Hugh Jacknan was promoting his new movie, “The Son,” for which he’s received excellent reviews.

And now comes the punchline. “The Music Man,” currently the biggest hit on Broadway, is shutting down on January 1st, 2023 because Jackman is exiting, stage left. He’s got to hit the Oscar campaign trail.

Obviously what’s become clear is that without Jackman as Professor Harold Hill, “The Music Man” is too expensive to produce. Bringing in a replacement, even with a “name,” won’t cut it. Numbers will With Jackman, “The Music Man” averages $2.2 million a week. Without him, audiences aren’t so interested.

“The Music Man” is a Scott Rudin production funded by Barry Diller. Rudin is supposed to be uninvolved with decisions but this reeks of his handiwork. Rudin is the reason “To Kill a Mockingbird” never returned from its COVID break last June. Without Jeff Daniels, Rudin felt he couldn’t make it work. He killed the Mockingbird without thinking twice.

So hundreds of people lose their jobs. Some investors may lose their shirts. But someone’s got to pay for those 76 trombones.

“The Music Man” will have played a paltry 358 performances, making it one of the shortest runs ever for a totally sold out show.