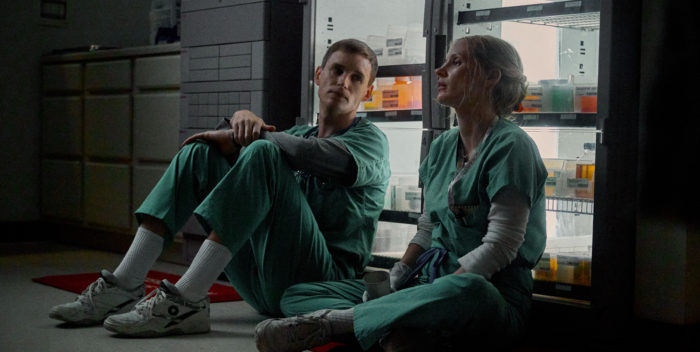 Sometimes you don’t know what to expect from a film and then you’re pleasantly surprised.

Such is the case with Netflix’s “The Good Nurse,” starring two of the top actors of the younger generation: Oscar winners Jessica Chastain and Eddie Redmayne.

“The Good Nurse” is based on the true story of nurse Amy Loughren who helped police unmask a serial killer nurse in her hospital named Charlie Cullen. It’s thought that Cullen killed hundreds of patients in the nine hospitals he worked in, just because he could.

Tobias Lindholm has constructed a taut thriller that works not despite but because you know right away Cullen is crazy.

Chastain and Redmayne have serious chemistry and are working each of them at the top of their game. Each of these actors is settling in for the long haul, and it’s thrilling. There’s also great supporting work from Noah Emmerich, Nnamdi Asomugha, and Kim Dickens. (Poor Noah– for years he was duped by the Russians on “The Americans.” He finally figures out a case early this time!)

“The Good Nurse” gets a theatrical release for Oscar eligibility at the end of October. I’d love to see it in the Hamptons Film Festival.