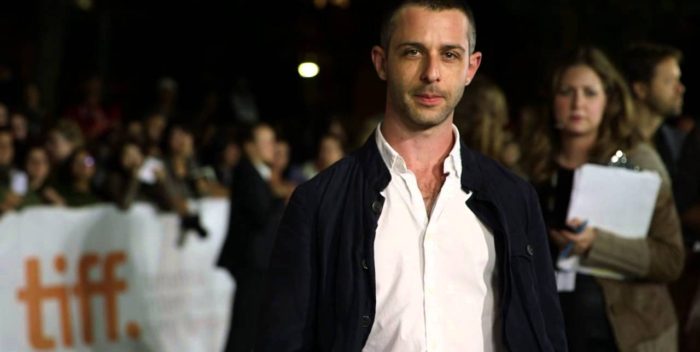 You wouldn’t think that Vanity Fair needed any more trouble. Their circulation is long gone, and no one you know reads it or talks about it anymore

They do throw expensive parties, however. They’re more like Vanity Fair dinner napkins than a magazine at this point.

So why not court trouble in house with their owner, Conde Nast, where ad sales are down, too?

Vanityfair.com is finally getting some attention today. That’s because they interviewed “Succession” star Jeremy Strong at the Telluride Film Festival about his new movie, “Armagdeddon.” But instead of talking about the movie they invited Strong to criticize a recent profile of him in The New Yorker.

The New Yorker, of course, is owned by Conde Nast, is Vanity Fair’s cousin, and is vastly more successful.

The bold facing is the questioner, David Canfield. He actually leads Strong into a dissection of The New Yorker piece. Peeps at the fabled literary magazine must be thrilled:

“Well, there was the New Yorker article. I am just curious how you found the, let’s say, loud reaction to it, given all that.

I’m just curious, how did you find it?

The interview or the reaction?

For me, as someone who loves speaking with actors and learning about how they work, I found it incredibly gratifying and rare to hear an actor talk about their process in that way. It’s not something people on my side often get in this business. Obviously, a journalist puts it out there, and then it starts to have a lot to do with social-media culture in terms of what gets picked up.

Yeah. What do I say about it? It was something that, for me, felt like a pretty profound betrayal of trust.

The story, you mean?

Yes, and maybe ultimately said more about the person writing it and their perspective, which is a valid perspective, than it did about who I feel I am and what I’m about. The noise and the fog after it: I think it’s something that, I guess, what I care about ultimately is trying to feel as free as possible as an actor. Part of that is trying to insulate yourself from all of that, and what people might say about you or think about you. You have to free yourself from that. It was painful. I felt foolish. As an actor, one of the most vital secret weapons that you can have is the ability to tolerate feeling foolish.

Any day you walk onto a set, if you’re not in a place where you’re not risking that and you’re not wagering enough, I’m always feeling like I might be making a big, giant fucking fool of myself—with James’s film, with the show. That’s part of the price of admission to doing good work, which involves risk and which involves getting yourself out there. I guess I’d say that it’s all fine. Acting is something that’s hard to talk about without sounding self-serious, but it is something that I feel very seriously about and care about and have devoted my life to.

At the end of the day, it’s quite simple. You do all this stuff so that you can work as unconsciously as possible. When you’re working on the frontier of your unconscious, I think good work is possible. There’s really not much you can say about that because it’s your unconscious. All that stuff, I have to treat it as vapor and mist. It’s not really relevant to the work.”