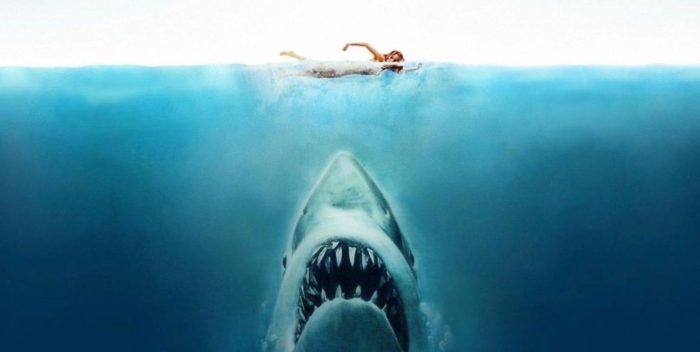 I’ve been telling you all week that the box office was hitting new lows. There are no new releases, and the summer films have been exhausted.

So it should come as no surprise that “Spider Man: No Way Home” has returned to the number 1 spot. It was released last fall, made $800 million, and then went to cable and home video.

Nevertheless, Sony has added extra footage and re-released ir into 3,935 theaters. Last night it made $1,750,000 and finished at the top of the box office.

Also, since nature abhors a vacuum but loves a horror film, Bruce the Shark is back. Steven Spielberg’s breakthrough movie, “Jaws,” from 1975, finished 5th on Friday’s list. It made $870,000, and followed another recent Spielberg re-release, “E.T.,” up the charts.

Spielberg’s movies remain as fresh as ever. Even though they are widely available on video on demand or DVD, the audience will always come back to them. It doesn’t hurt that this has been a summer of many reported shark attacks in real life.

Even though Bruce remains a star, it’s unlikely he’ll turn up in Spielberg’s new movie, “The Fablemans,” but we’ll see next week when that one opens at the Toronto Film Festival!