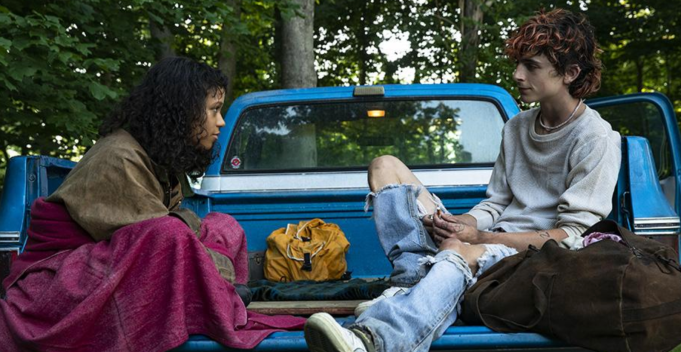 “Bones and All,” starring Timothee Chalamet as a modern day cannibal, is getting panned from Venice.

Variety’s Owen Glieberman says: “We see the characters ripping into bodies and munching away, the flesh coming off in chunks, the blood splattering everywhere. When they’re done with a meal, it will look like a serial killer was there. If that sounds a touch grotesque, it is; I found the scenes garish and unpleasant.”

Okay that’s enough. I won’t be seeing this movie, and neither will you. Chalamet is the androgynous It Boy of current cinema, so his fans will wax on and on about how amazing this all is. But actual people won’t sit through what’s described as “grotesque” and the Oscars are not going to come calling.

The reviewer for Collider gave it a B minus.

Luca Guadagnini made “Call Me By Your Name” with Chalamet and Armie Hammer, who professed this last year to be a real cannibal. That movie struck a swooning note in the LGBTetc community. But lighting is not striking twice, even with Michael Stuhlbarg returning to give another heartfelt speech about inclusion.

Pans also come from Richard Lawson in Vanity Fair: “Whatever thematic intention lies at the heart of Bones and All, Guadagnino keeps it at a distance. This is, despite its gruesome premise, perhaps the Italian director’s most straightforward work yet, an alternately plodding and engrossing YA road movie given a dab or two of art-house lacquer.”

The few positive takes are from the usual suspects who review festival films as is there’s a gun to their heads while taken hostage.