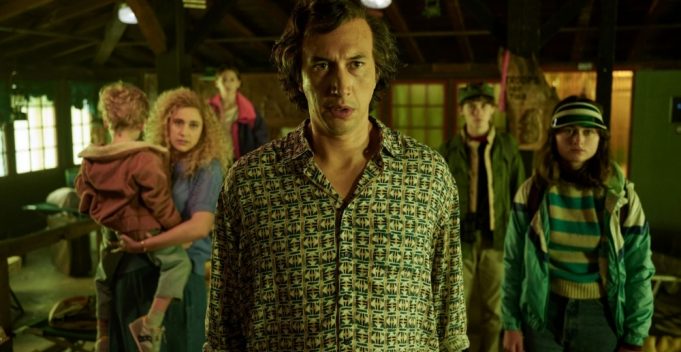 Reviews coming in this afternoon are a mixed bag for “White Noise.”

Noah Baumbach’s adaptation of Don DeLillo’s 1985 novel is proving difficult to embrace for the critics at the Venice Film Festival. The movie will also open the New York Film Festival but Netflix is not showing in Toronto.

Some of the reviews include a letter grade of B from Indie Wire. Variety’s Owen Glieberman can’t seem to decide what’s going on. He kind of concludes, after summarizing the film: “We no longer buy what we’re seeing, even as we’re told, explicitly, what it all means. The film ties itself into knots to explicate the bad news.”

From the UK, Robbie Collin of the Telegraph writes: “Noah Baumbach’s adaptation of Don DeLillo’s darkly funny 1985 novel is like a Spielberg film having a nervous breakdown – in a good way.”

The only real rave is from Peter Bradshaw of the Guardian, who gave it five stars. But David Rooney of the Hollywood Reporter, after waffling, concludes: “The feeling remains that Baumbach is more in command with character-driven material than with this kind of accelerated absurdist plotting, which works to the extent it does in part thanks to Danny Elfman’s dark funhouse score, an exuberant return to vintage form.”

So, we’ll see, I guess, in a month or so when “White Noise” comes to New York. I’m still looking forward to it, especially with the an ending dance sequence that all the reviews are crazy about.