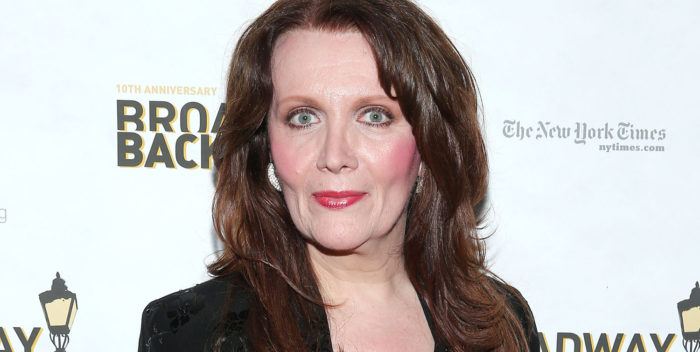 The great singer Maureen McGovern has posted a sad announcement to her website.

She writes: “I’ve been diagnosed with posterior cortical atrophy with symptoms of Alzheimer’s and/or Dementia.”

McGovern has the distinction of singing two songs that won Best Song at the Oscars. “The Morning After,” which went to number 1, was from ‘The Poseidon Adventure.” Then “We May Never Love Like this Again” came from “The Towering Inferno.” The songs were written by Al Kasha and Joel Hirschhorn.

McGovern became more famous still for appearing in the great comedy, “Airplane” as the Singing Nun.

She’s been recording and touring for the last four decades and has always been a popular presence around the world.

The diagnosis is alarming although every day there are breakthroughs.

“What I do, or what I am still able to accomplish, has changed. I can no longer travel or perform in live concerts. In fact, I can no longer drive — how’s that for a kick in the butt?

“Of course, it’s a challenge, but it certainly is not going to keep me from living my life. At first, I began having trouble finding, in my brain, the words I wanted to say. I struggled with the inevitable shock with fear and frankly hopelessness.

“But slowly I realized that my inner life has not changed. My passion for music, for singing, remains profoundly robust. To me, music is a language that expresses what often cannot be said with just words – it elevates, expands, and heals – brings joy and comfort and can eliminate barriers by creating meaningful experiences. So, accepting this new stage in my life, I began to embrace what I have and let it be.”