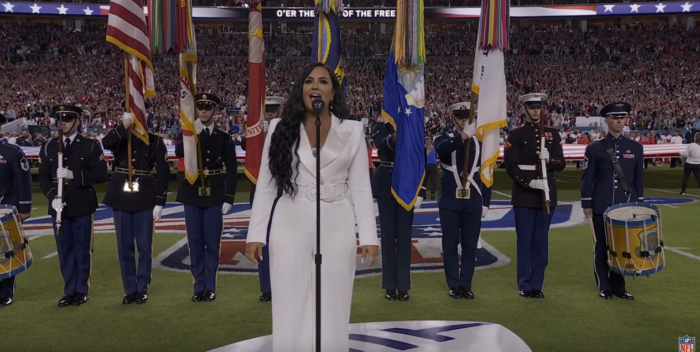 Lovato is now 29. But when she was 17 she dated “NCIS” and “That’s 70s Show” actor Wilmer Valderrama. He was 29. Looking back, she accuses him of taking advantage of her. This is celebrity at the low end of the pool, but the song is catchy and should give People, Us, and Hollywood Life a lot of fodder.

There’s an expression “on the nose.” Maybe you’re too young to know it. It means doing something without any poetry or metaphor or allusion, just hammering it in, doing something exactly like arriving at a place “at 10 on the nose.” Demi’s “29” is no “You’re So Vain” because clever doesn’t exist anymore.