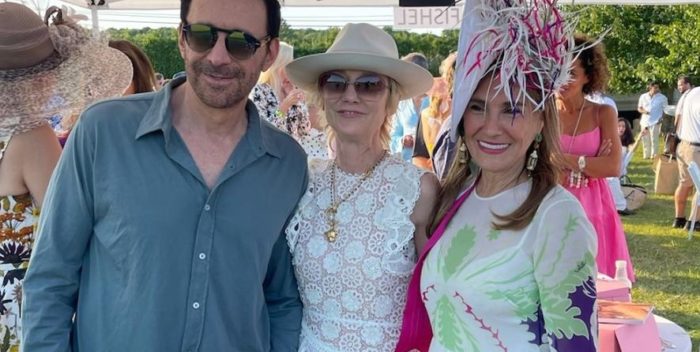 A year ago, Anne Heche had the time of her life in the Hamptons.

She was a guest for a week at the Southampton home of cosmetics king Peter Thomas Roth. Today, he is grieving for his friend.

Roth tells me he and Heche “actually met on Raya,” the dating app. He appeared on her podcast. “And then I invited her out to my house.”

Roth recalls it was a great week. There was no sign of Heche having any problems. There was no issue with drugs. Other people were guests in the house as well.

“We really had a great time. We went out every night. We went to the polo match [hosted by Maria Fishel and husband Kenneth on their grounds] and to a magazine party. Plus she was working hard. She did two interviews for work. And she was on the phone or on Facetime with her kids every day. She was a very good mother.”

Roth is shocked and saddened by Heche’s death. It doesn’t make any sense.

“I didn’t see any of the stuff [people are talking about.] She was on vacation. And she had such a good time she came back in September to New York for Fashion Week.”