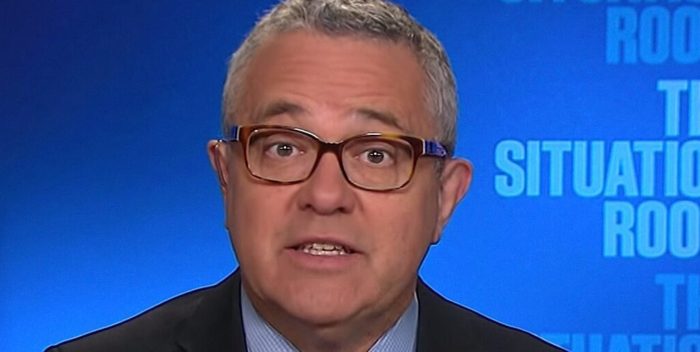 And that’s all she wrote for Jeffrey Toobin at CNN. He’s announced he’s leaving the network after 20 years.

Toobin does not get a happy ending with CNN. He was suspended for months following his New Yorker Zoom scandal. The New Yorker already fired him.

During the pandemic, Toobin was caught pleasuring himself during a Zoom call with New Yorker colleagues. He was ousted fairly quickly after that.

Now he says he’ll concentrate on a book about the Oklahoma City bombing.

No word on what happened since Toobin returned under the Jeff Zucker regime. But my guess is the new Warner Discovery people were not keen on keeping him around.

Friends, I’ve decided that, after 20 years, I’m leaving @cnn after my vacation. Was great to spend my last day on air with pals Wolf, Anderson and Don. Love all my former colleagues. Watch for my next book, about the Oklahoma City bombing, coming in 2023 from @simonandschuster