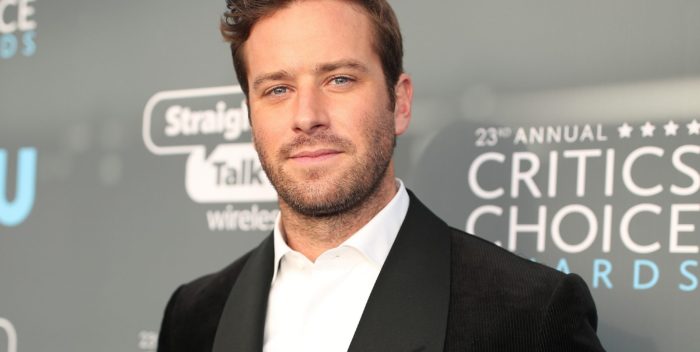 Every world eats its own.

So now, Discovery Plus, part of the new Warner Bros, is going to nail Armie Hammer to the wall.

They’ve got a three part documentary coming September 2nd that really make Hammer’s life worse despite his efforts to regroup.

And guess who got paid to be a consultant? Armie’s aunt Casey Hammer. You only hurt the one you love!

Casey is the sister of Armie’s father, Michael. She hates the family (despite the money) and is willing to be the Mary Trump, so to speak, in this case. So there will be no Thanksgiving dinner this year for the Hammers. I hope whatever they paid her is worth it. You can read my Hammer family story here.

My attitude toward this is, interesting as the Hammer family is, Armie deserves a chance to recover, explain himself, and apologize. We don’t know everything that happened, just the surface. This doc is not going to give us any understanding.

“Each episode will shine a light on a depraved pattern of abuse that extends far beyond the accusations brought against the disgraced actor. Coupled with a trove of incredible archival footage, House of Hammer weaves together a chilling story of the dysfunction and wickedness that grow behind decades of power and money.”