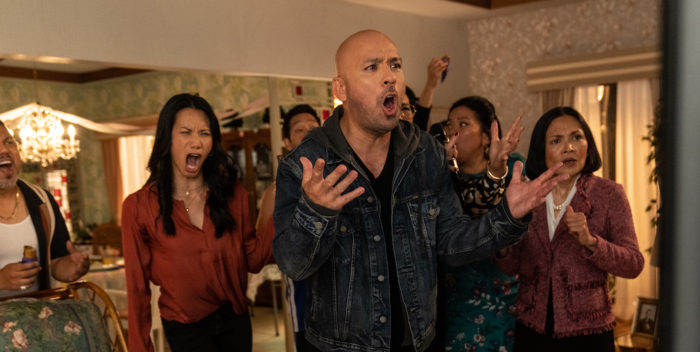 “Bullet Train” is taking on modest numbers to say the least. Thurs-Fri is at $12.5 million. They’ll hit $31 million for the weekend, but that’s about $20 million less than they would have liked. A lot of passengers must be riding on discount tickets.

Jo Koy’s “Easter Sunday” is not having a holiday. The Thurs-Fri combo brought in just $2.5 million, so we’re headed to $6.5 million tops for the weekend. Not so good. The reviews were kind of lousy, too. Universal is big enough to have tried and failed on this one. Maybe sending it to Peacock sooner rather than later will help…

Universal is really the story of the summer. They’ve got “Nope” edging closer to $100 million this week. They should be up around $97 million by Sunday night and at the magic number by Thursday at the latest. It’s no “Get Out” but that’s a hit anyone would like to have even if aliens threatened to eat you.