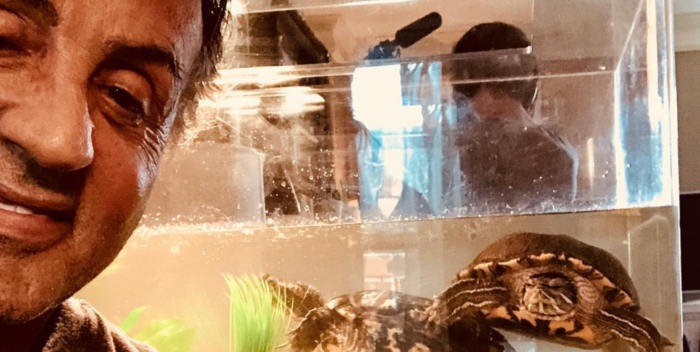 Very little can explain Sylvester Stallone’s continued social media attacks against “Rocky” producer Irwin Winkler and his family. I’m starting to think Stallone is having some kind of problem that requires medical attention.

This afternoon, Stallone added a new post calling himself an “exploited artist.” Stallone keeps attacking Winkler who bought the “Rocky” screenplay in 1975 along with his producing partner Bob Chartoff. That gave Winkler the rights to “Rocky” but it also made Stallone a very wealthy man and international superstar. Up to that time he’d made a fleeting cameo in a Woody Allen movie.

By all reports, Stallone is worth at least $400 million. Everyone would like to be exploited to that extent.

Stallone keeps posting nasty illustrations of the Winkler family. It’s unbecoming and petty. He’s totally out of line. He’s acting like a child. If he has a problem, he should use his expensive lawyers and publicists to pursue the matter. I’m very disappointed by his behavior.