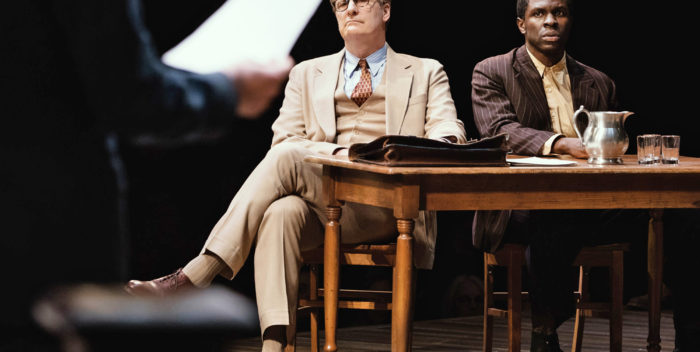 You might be wondering whatever happened to “To Kill a Mockingbird.”

The hit Broadway play, sort of rewritten by Aaron Sorkin, reopened after the pandemic break with Jeff Daniels back as Atticus Finch. But a few weeks later, Daniels departed and was succeeded briefly in January by Greg Kinnear.

But at the time COVID was raging, audiences were staying away from Broadway. So producers shut down the play and promised it would return on June 1st. That date has come and gone, and nothing has happened.

Now I’m told “Mockingird” will not be returning. Sources say Scott Rudin, who was supposed to step away from his shows after the scandal broke that he’d caused toxic situations in his office and backstage at shows, has never gone away. He controls the rights to Sorkin’s version of Harper Lee’s story and has decided to pull the plug.

“Scott has never gone away,” says another source. “There was a long negotiation to turn the production over to other producers, but in the end, Scott just petulantly said No.”

I’m told investors are furious. Even though Kinnear was not a draw, plenty of other name actors could have been enticed to play Atticus Finch. “Mockingbird” has a built in audience and this version by Sorkin is very popular. When Daniels was in the show, it was considered the most successful production of a play ever on Broadway. With the closing, sources say, at least 100 jobs will be lost in cast and crew.

Meanwhile, this latest episode indicates, from my conversations, that Rudin is still hovering over his shows despite being physically absent. I’m not surprised. All that talk about Rudin being gone didn’t make sense considering his office is still open and his main staff is still in place.