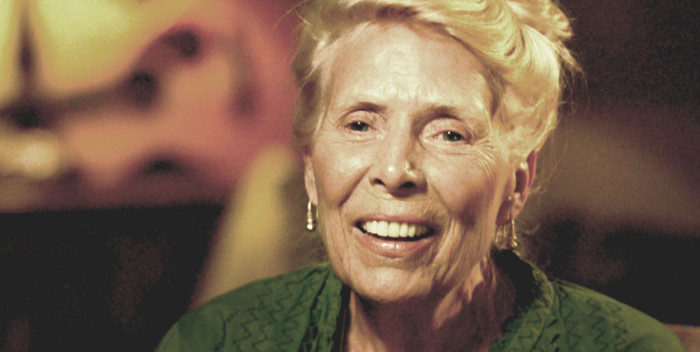 Joni Mitchell’s surprise appearance this past weekend at the Newport Folk Festival has sent her records up the charts.

Five albums have entered the iTunes Top 100. And one single, “Both Sides Now,” is number 21 on the iTunes singles chart.

The four albums are “Blue,” “Hits,” “Both Sides Now,” “Court and Spark.” New fans are missing out on “The Hissing of Summer Lawns.”

So flying across the country and putting on a show with Brandi Carlile has turned out be a great success for Joni.

Meantime, Rhino just announced their releasing a box set of what some of us consider her best albums, from Asylum Records, on September 23rd. Those are “Hissing,” “Court and Spark,” “For the Roses,” and the live album, “Miles of Aisles.” Believe me, you want this box. Joni never listed a producer on the original releases, but later, in the 00’s, she finally conceded she was her own producer. (The late Henry Lewy was the engineer.)

I’ve really never seen anything like what @jonimitchell accomplished at the @Newportfolkfest on Sunday. She showed the whole world that there’s still so much goodness in us as a species. She did the revolutionary work of true reconciliation.

I can NOT come down!!! pic.twitter.com/7O5v7EzWvR

Rhino today released the remastered single “You Turn Me On (I’m a Radio)” from “For the Roses.” And here it is: