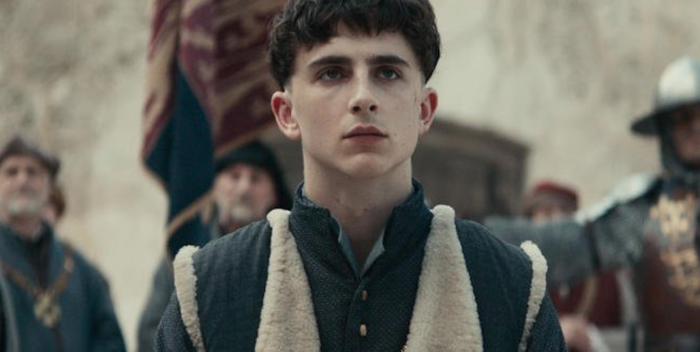 Armie Hammer’s going to eating out his heart.

While he’s in movie purgatory for his efforts to become a cannibal, his “Call Me By Your Name:” collaborators have gone whole hog in the pursuit.

Co-stars Timothee Chalamet and Michael Stuhlbarg have joined their “Call Me” director Lucas Guadagnino for his new movie, “Bones and All.” It’s based on a novel by Camille deAngelis and it’s headed to the Venice Film Festival.

Amazon will serve up “Bones and All” in November during Thanksgiving via its new purchase of MGM. It’s unclear if the movie, which is really about feasting on flesh, will premiere in theaters or in another Amazon subsidiary, Whole Foods.

Hammer and Chalamet, as we all know, played lovers in Guadagnino’s “Call Me By Your Name.” It’s possible Hammer’s whole bizarre “cannibal” episode, which has led him to allegedly sell time shares in the Cayman Islands, stemmed from being left out of this banquet.

You think I’m kidding about “Bones and All” being about cannibals? The main character begins the novel with this observation from her earliest days when she chewed on her babysitter:

PS All this may be a trend. Earlier this year we had the totally disgusting “Fresh,” about a handsome doctor (Sebastian Stan) who kidnapped women and gnawed at them bit by bit until they were fully masticated.