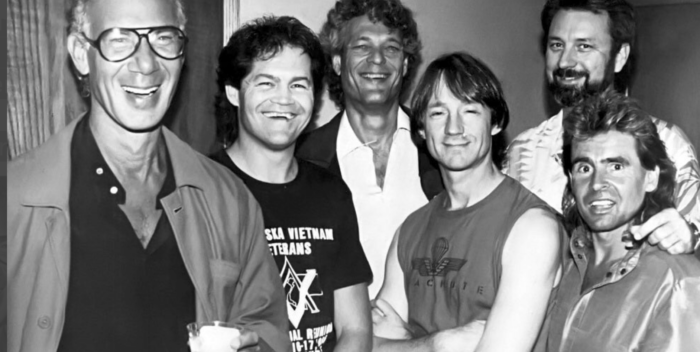 Bob Rafelson has died age 89 in Aspen. Rafelson and Bert Schneider (who left us in 2011) created and produced “The Monkees” TV show in the mid 60s. It was supposed to be a knock off of the Beatles “A Hard Days Night” but turned into something that has lasted 50 years.

Rafelson took the money he had made from “The Monkees” and produced some of the most ground breaking films on the early 70s including “Easy Rider” and “The King of Marvin Gardens.” He made 7 films with Jack Nicholson and cemented his place in Hollywood history. He also produced Peter Bogdanovich’s “The Last Picture Show.” He was a trailblazer for an era we now hold in the highest esteem.

Micky Dolenz is the last surviving member of the Monkees. He’s always on tour and just about to release a “lost” album from the 70s. He just posted this to remembrance to Twitter:

“One day in the spring of 1966, I cut my classes in architecture at LA Trade Tech to take an audition for a new TV show called, “The Monkees”.The co-creator/producer of the show was Bob Rafelson. At first I mistook him for another actor there for the audition. Needless-to-say, I got the part and it completely altered my life. Regrettably, Bob passed away last night but I did get a chance to send him a message telling him how eternally grateful I was that he saw something in me. Thank you from the bottom of my heart my friend.”