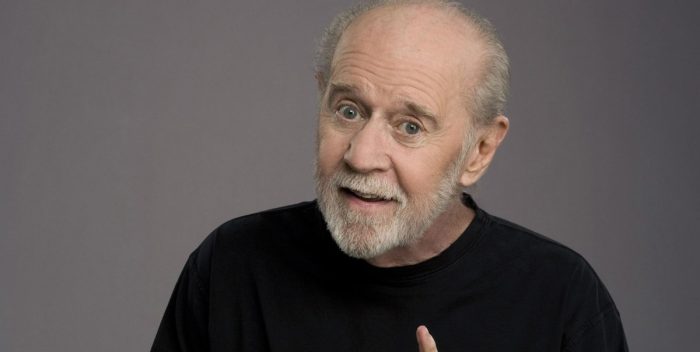 As “George Carlin’s American Dream” ends, what is clear is how much we need him now. Judd Apatow loves and is an ardent fan of George Carlin which is clearly evident in his brilliant documentary, which he co-directed with Michael Bonfiglio on HBO Max. The doc deservedly just got nominated for five Emmys.

Bittersweet, but stunning in the fact that Carlin’s voice still resonates, his warnings have depressingly come to pass. The film is in two parts, four hours in total and is mesmerizing throughout. The first part explores his rough and tough upbringing in Morningside Heights in upper Manhattan. Carlin was mostly raised by his colorful mother with whom he had a complicated relationship.

Carlin met his future wife Brenda early and both clearly adored each other. He was funny and smart from the get go and worked his way up. He idolized Danny Kaye, and he started his career as a family friendly comedian to pay the bills. He thought that would be his life. But he was unhappy as he felt stifled and started doing LSD to find his own torturous at times, voice. All the while Brenda struggled with alcoholism, and George became addicted to cocaine. The collateral damage throughout this was their only child, their daughter Kelly, to act as their caretakers.

Kelly speaks throughout the film giving clarity, empathy and she exudes fortitude. She’s lovely to watch. Brenda and George fortunately both triumphed over their addictions. Brenda died from liver cancer in 1997 which left Carlin bereft. He did happily find love with his second wife Sally Wade years later. His metamorphosis from the square guy to a counter culture, articulate bearded hero dissecting every institution is his path, is fascinating to watch. The clips of Carlin appearing on the talk shows at the time; Johnny Carson (he made over 100 appearances) Merv Griffin, Mike Douglas are a hoot to watch. George chatting with his kindred spirits John and Yoko is a standout.

The truth is Carlin was a gracious, sweet man off stage, but on stage he took no prisoners; the key to his success. Although from “Hippy-Dippy Weatherman” to his later and grimmer, “Fuck Hope,’ repeatedly tested his audience’s loyalty. He also had a healthy career appearing in TV Sitcoms and Film, i.e.; “Bill & Ted’s Excellent Adventure.” His comedy albums are still considered the gold standard. Many anecdotes are included by Chris Rock, Bette Midler, Patton Oswalt, Jerry Seinfeld, Stephen Colbert, Sam Jay, Bill Burr, W. Kamau Bell, Judy Gold, John Stewart and more.

Carlin left so many hours of recording, some truly bittersweet (he intended to write a biography) , which turned into a goldmine for the filmmakers, they also included key events through the years that shaped him. Carlin was much more than his infamous ‘seven words you can’t say on television.’ He never stopped proving that over his 50-year career. Ultimately Carlin was heartbroken over what was happening then. Musing on if he was still alive (he died at age 71 in 2008) his singular, articulate booming voice would be booming in protest. His voice, like his good friend John Lennon indeed, still resonates. Kudos to Apatow and Bonfiglio for their brilliant work. Definitely deserving to win the five Emmys they are nominated for.