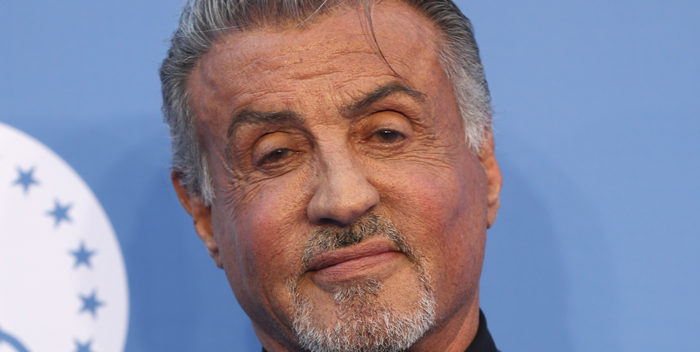 A reader of this site wrote to me this morning: “Roger, I’m sure it’s not lost on you that the snake comparison is an ages old anti-Semitic tactic, and that Winkler is Jewish. I was always a Stallone fan, but this is loathsome and despicable what he’s doing. There would be no Stallone without Winkler…”

Yes, the portrait of “Rocky” producer Irwin Winkler created by Sylvester Stallone on Instagram is of Winkler as a snake with a knife — or the snake’s tail — coming out of his mouth. It doesn’t leave a lot of room to the imagination.

On the Philadelphia Holocaust Museum site, there is a reproduced Nazi poster of Jews as snakes. The site says: “The antisemitic trope linking Jews with snakes is often associated with the trope of Jewish disloyalty. As such, it is not surprising that references to Jews’ perceived treason and disloyalty is referenced in this image as well.”

Ironic: Philadelphia is the setting for “Rocky.” FYI.

This day is not going to go well for Sylvester Stallone.