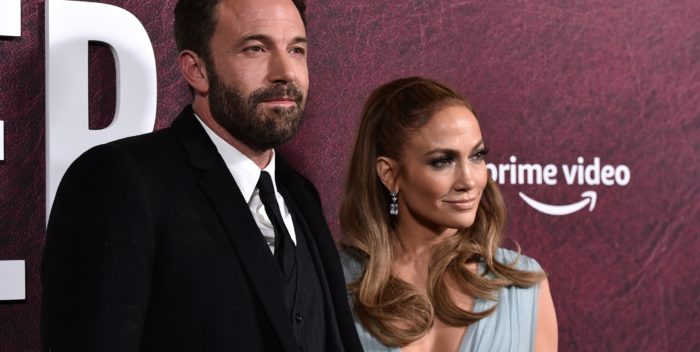 You can almost imagine the solemnity of the occasion.

Perhaps in honor of the Yankees beating the Red Sox this weekend, a couple from each team’s hometown has married in Las Vegas.

Jennifer Lopez of the Bronx, and Ben Affleck of Boston, have tied the knot in the City of Sin.

Affleck has only been married once, to Jennifer Garner with whom he has three kids.

For Lopez, this is number four. She has two kids with Marc Anthony. She’s also had near miss engagements with Alex Rodriguez and Sean Puffy Combs.

If these two crazy kids can’t make it after a 20 year break in their relationship, who can? Start the clocks. Two years? Five? More? I don’t think so.

We have to thank them, actually. There’s not much of this kind of celebrity movie star romantic stuff any more. In the old days you could count on Liz Taylor and Richard Burton to lead the pack. So we salute Ben and Jen! Their kids will write bestselling memoirs, I hope!