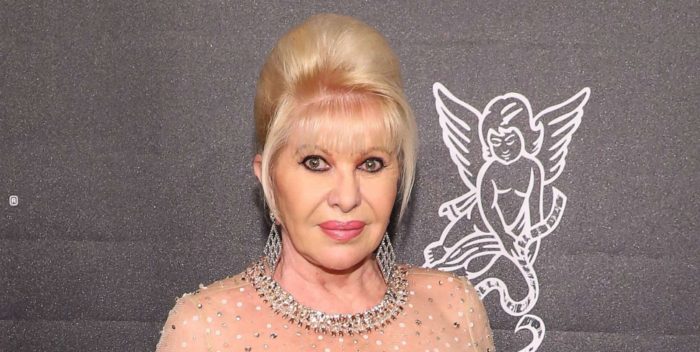 I’m very saddened to hear that Ivana Trump has died at age 73. News headlines are describing her as “Donald Trump’s first wife.” She was far more than that.

Ivana was scandalized by Donald’s affair with Marla Maples in 1992. She was an integral part of Donald’s business world, tasked with among other things renovating the Plaza Hotel from top to bottom.

She did not take Donald’s inconsideration of her lightly. She wrote books and became an entrepreneur. For years when Donald was swallowed by insolvency and then another divorce, from Maples, Ivana held her head high.

She was unlucky in romance. Her next two relationships had tragic endings. Her companion of many years, Roffredo Gaettano, died in a racing accident. She garnered two more husbands, and each marriage ended in discord and divorce.

Reports say Ivana had a sudden heart attack today. There are other reports that she was seen with an aide or attendant last month. There is no question that Ivana was fragile. I saw her many times over the last few years before the pandemic. She had a drinking problem, that was clear to anyone who was near her. She was not living an independent life. When I saw her in May 2019, she told me she was spending much of her time living with her daughter Ivanka’s family in a house on the grounds of Donald’s Bedminster, New Jersey golf club,

Don’t let Donald’s weepy posting to social media make you think they were friends. Ivana ripped Donald in her memoirs, which are probably not in print but can be Googled. She made many allegations against him that were unpleasant and undoubtedly true. Her death is tragic because she was a sweet woman who tried to do battle with a rattle snake. For a while, at least, she was head in that competition.