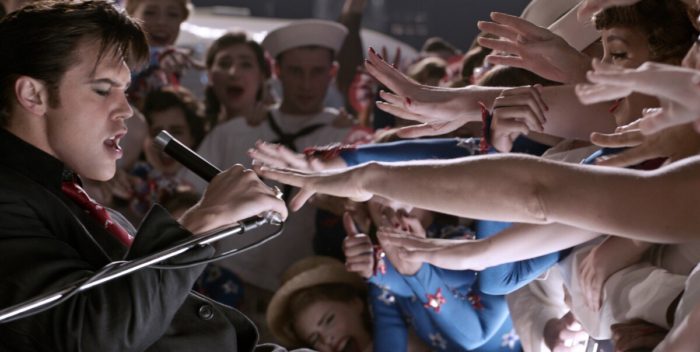 Elvis is in the building, and so are his fans.

Meanwhile, “Top Gun Maverick” took a day more than we thought, but has finally cleared $600 million.

Clearly, the audiences have returned to movie theaters. This gives a sigh of relief to the theater owners who were desperate a year ago with empty venues. If the movies are good, and marketed properly, there’s gold at the end of the rainbow.

Still, there will be a dry spell coming. There’s nothing on the docket right now until Brad Pitt in “Bullet Train” on August 5th. And then nothing to make headlines until September 16th with Viola Davis in “The Woman King.” (Watch for that one to explode.)

Not expected to do much is this week’s release to theaters of “The Gray Man” from Netflix, and “Where the Crawdads Sing,” which is at a lowly 38 on Rotten Tomatoes. “Gray Man” is apparently so bad there will be no reviews until the last minute tomorrow before previews begin.