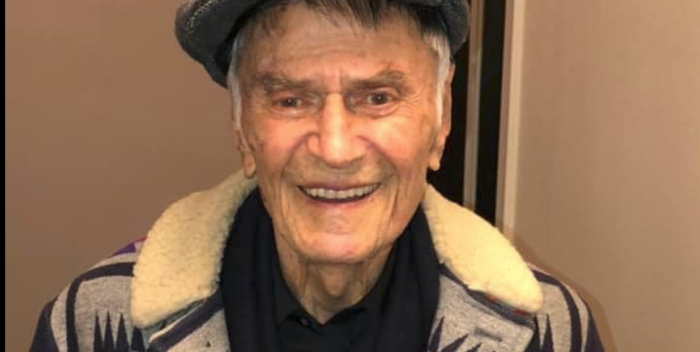 Larry Storch almost made it to 100. He died today at age 99 and a half, exactly six months before he made a century.

Larry was a brilliant stand up comedian. But he became an international star because of his role as Corporal Agarn in “F Troop,” the mid 60s TV comedy about a group of kooky US soldiers protecting themselves from the Indians out west in the 1800s. It was a benign show which, I’m sure, would now seem racist. But the guys from F Troop were just silly, and the show was a staple in the world of unsophisticated comedy.

Storch became cemented in the memories of every kid who was growing up at the time. He’d already been around since 1951, and had voiced dozens of cartoons including the great “Tennessee Tuxedo.” In serious matters, he starred in an episode of “Alfred Hitchock Presents.” But it was the 65 episodes of “F Troop” that made his career, and he never looked back. He worked and worked after that, a staple on TV in the 70s and 80s.

Larry was a fixture on the Upper West Side, and was best friends with Jerry Stiller and Anne Meara. Even after Anne died, and Jerry wasn’t well, Larry visited him almost every day. They just sat and told old jokes to each other. His own wife, Norma, passed away in 2003. He leaves two step-daughters. The amazing thing that even in his 90s he walked, erect, on his own. Mazel tov.

Every kid from the 60s knows this music by heart: