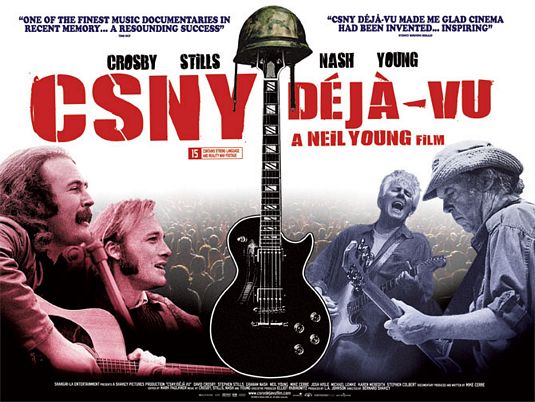 Remember back when Spotify podcaster Joe Rogan was spouting misinformation about vaccines and COVID? Neil Young took his music from the streamer, followed by Joni Mitchell.

Right after that, Crosby, Stills and Nash all did the same.

Crosby, Stills, and Nash have returned to Spotify as of yesterday according to Billboard.

But I can tell you that Neil and Joni have not caved in. Almost everything they could remove is still absent from the service.

Not only that: Neil’s famous album with the trio, “Deja Vu,” is only partially restored. The songs written by Young or Mitchell — including “Woodstock” and “Helpless” — are not available.

“Four Way Street,” the live album of “Deja Vu,” remains completely off of Spotify. So do any Young songs that appeared on any of the other guys’ solo albums.

I’m a little surprised about Nash and Crosby. They’ve always been politically active. But Spotify represents what’s left of income for most legacy artists. CDs don’t sell, vinyl is a niche market, and touring is iffy right now. The trio also sold their publishing rights and catalogs last year to different firms for cash. It may be that those groups have insisted on returning so their investments can be realized.