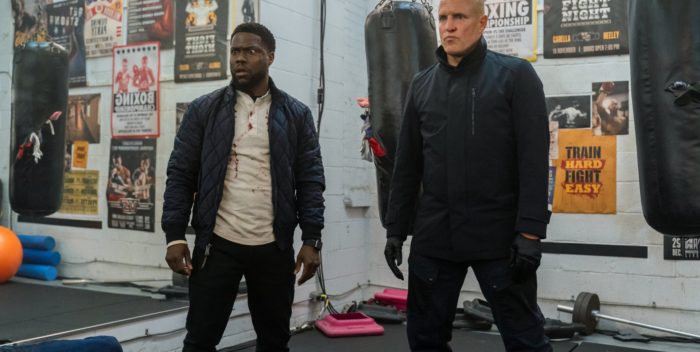 You’re probably looking at Netflix and wondering, What the heck is The Man from Toronto?

Netflix is wondering that, too. (It has no connection to a far better sounding movie with the same name from 1933.)

Amid a new round of 300 layoffs, the troubled streamer has dumped an original comedy starring Kevin Hart and Woody Harrelson onto their customers without a word of promotion.

The reason might be, it’s bad. On Rotten Tomatoes, “Man from Toronto” has a lowly 27%. Not even people in Toronto liked it.

The director is one Patrick Hughes, whose last outing, The Hitman’s Bodyguard’s Wife, garnered a similar 27%.

Even if “Man from Toronto” is terrible, a Kevin Hart movie would usually merit at least two weeks in theaters. Netflix could have set it loose in August. But then, people would have known about it. This way. it’s DOA.

“Man from Toronto” has a reported budget of $75 million, which ain’t cheap for a film with almost no marketing.

And Netflix counts down, meanwhile, to July 15th and the opening of “The Gray Man,” its most expensive film — $200 million — also without much marketing.