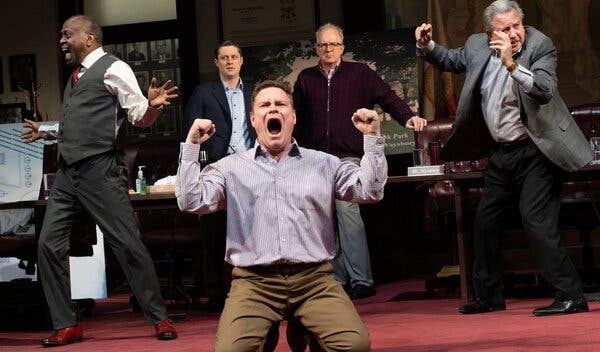 Last night theater patrons got a surprise at the Roundabout Theater on 54th St.

Six of the main 11 actors at “The Minutes” by Tracey Letts were out of the show including Tracey Letts, Blair Brown, and Austin Pendleton were among those who had a separate piece of paper in the Playbill announcing their understudies would fill in for them.

“The Playbills were filled with paper,” said a patron.

No disrespect, but a lot of the audience came to see the principal players. There were some exits minutes before the lights went down. And some stayed to see a great play anyway.

COVID remains an issue all over Broadway, which is why masks should be required and vaccine cards should be checked. Other shows are suffering from this as well. Lets hope “The Minutes” don’t take hours to recover!