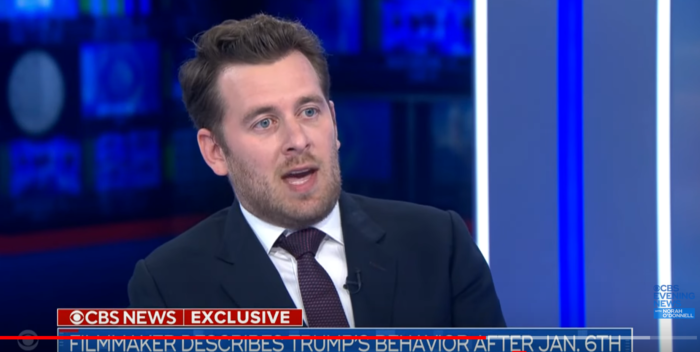 Norah O’Donnell got a great scoop tonight on the CBS Evening News. She interviewed filmmaker Alex Holder about the time he spent in the Trump White House in the fall and winter of 2020. She also some more footage from the film, called “Unprecedented.”

I’m a big Norah O’Donnell fan, and not surprised that she and her team pulled this off. The Jan 6 Committee has postponed more hearings until they’ve reviewed the raw footage, and then they’ll call Holder as a witness. It’s brilliant stuff. This should be the end of Trump and his band of treasonous cronies.