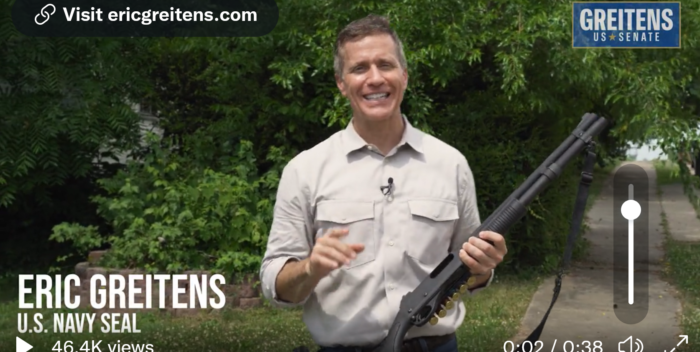 And so it begins.

Tesla’s Elon Musk officially bought Twitter today. His first act was to keep up the posts from wanna be Missouri senate candidate Eric Greitens advocating the hunting and killing of people– “Republics In Name Only” — or RINO.s

Twitter responded to complaints from members that even though the video violated policy they thought it was in the public interest to keep it accessible.

I have to disagree. This is an ad intended to incite violence. The public’s right to know about it is guaranteed by all of us writing about it. But Twitter doesn’t need to disseminate it. Neither does YouTube or Facebook. What will happen when there’s another mass public shooting, this time following Greiten’s order? Victims’ families can sue those companies.