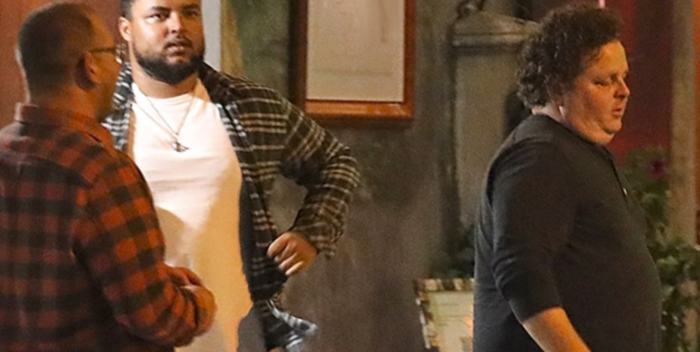 Scientology is keeping its claws in Tom Cruise.

E! online actually picked up photos of Tom’s adopted son, Connor, out on the town minded by a 30 year member of the so called church.

Connor was accompanied to dinner with a former child actor named Patrick Renna, whose Scientology history goes back to 1992. He’s 43 years old, so not exactly a “pal” for a 27 year old kid. But Renna has worked his way up through dozens of Scientology courses to something called “OT V.” That’s the fifth level of Operating Thetan. Renna has been potentially brainwashed to believe he will return to Earth after death as the Silver Surfer.

The whole photo set up reeks of the famous “Godfather” seen when Frank Pentangeli is set to testify against the Corleones in front of Congress. Just before he takes the stand, Frankie spots his brother, who the Corleones have brought in from Italy and is now their hostage. He never testifies.

Poor Connor, a pawn in a game. With “Top Gun Maverick” putting Tom Cruise back on top, the cult may be worried the movie star is feeling independent from them. This was a good move for them.

The public outing was shot at Capo Restaurant in Santa Monica. There was a third friend, also likely with the cult. It looks like they all ate pretty well. But the reason for all this publicity is indigestible.