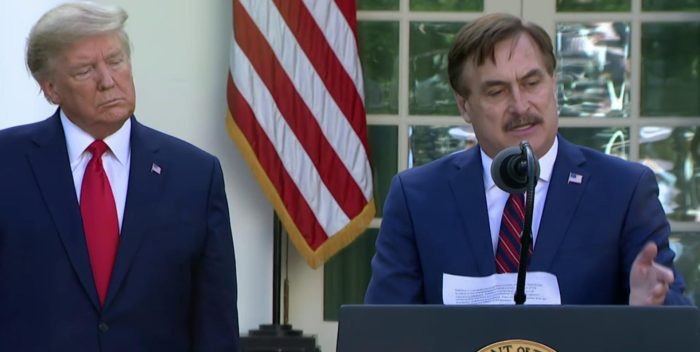 Wal Mart has finally done the right thing. They’ve dumped Mike Lindell and his MyPillow products. Lindell made the announcement himself. So far Wal Mart has said nothing.

Lindell was absolutely a proponent of the January 6th Capitol rights in 2021. All other major retailers have dropped his products. It was about time Wal Mart took action. Frankly, Lindell should be brought before the January 6th committee.

Lindell went on Facebook today complaining about his poor treatment from Wal Mart. He claims that the Wal Mart COO lied to him. You know? Good.

As of 1:24pm, My Pillow is still available on the Wal Mart website. They may just be letting their inventory drain. Or they haven’t pulled it all off the site.

If you have time to watch this nut job rant and rave, here’s the clip. You can FF through it.