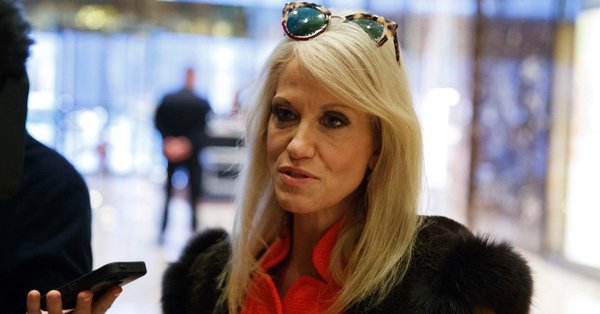 Here’s the deal: the first week rush of curiosity seekers is over for Liar Extraordinaire Kellyanne Conway.

Her book, called “I Did it for the Money,” has fallen to number 201 on amazon.com. On the New York Times bestseller list, the tome, otherwise known as “Alternative Fax,” dropped in its second week from number 1 to 5. How it got that high on the Times list is bizarre.

But the second week sales collapse is happening. Paperback rights have been sold to that man in the park who plays the kazoo and sells poems he wrote on the back of Bill DeBlasio posters. They’re 20 for a buck.

The first week sales were 25,000. We’ll have the second week numbers shortly and will update again.