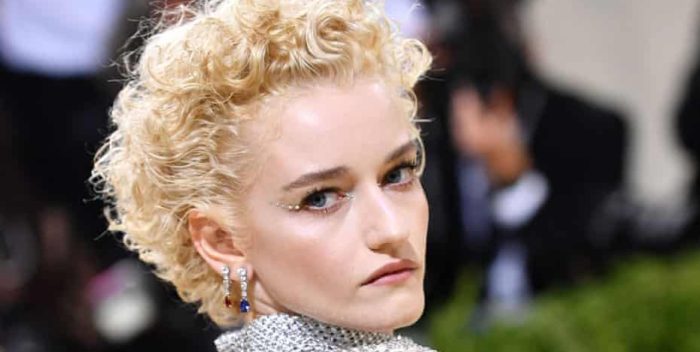 Madonna wants Emmy winner Julia Garner to play her in her biopic. She’s made a splashy offer public today.

But Garner MUST NOT take this job. I’ll explain why. Just because you’re asked doesn’t mean you have to accept.

Madonna is directing this movie herself from a script by her and Diablo Cody. So far, in the last four decades, Madonna has proven herself to be a terrible director and a very poor dramatic actress. Anything else described is utter lunacy.

The last couple of movies Madonna directed are the stinkers of all time. They were her remake of “Swept Away” and her original film called “Filth and Wisdom.” They were critical and box office failures. They were actually laughable. So was her reinvention of “Swept Away,” which led to her divorce from husband/director Guy Ritchie.

Garner must put an end to this madness. Her work on “Ozark” and “Inventing Anna” was exquisite. She doesn’t need a “Mommie Dearest” type debacle to follow her around for the rest of her career. Madonna has zero objectivity about her own life and career, and no taste when it comes to making a film. She’s a great pop star, but that’s it.