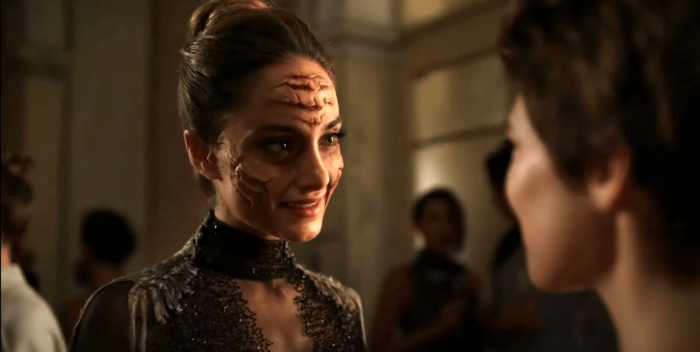 “Crimes” has been rushed into theaters from its Cannes premiere. Neon sort of skirted the press, doing their best to avoid too much advance notice because the film is evidently gory and very unpleasant. Cronenberg’s best films, I always thought were “Eastern Promises” and “A History of Violence.” The other ones are for those who have a lot of courage. I can still remember years ago ducking in the theater during “Dead Ringers.”

In Cannes, “Crimes” boasted walk outs in the press screening and premiere. There are already indications of that on social media from last night.

Meantime, I guess Neon sent around a promotional game that parodies “Operation” with their logo on it. Maybe “Crimes” makes for a better board game.

PS Neon has last night’s numbers. Their three other films were reported for a total of less than $10,000.

Watch the trailer but I warn you, it’s not easy. “Surgery is the new sex” is the line of the summer!