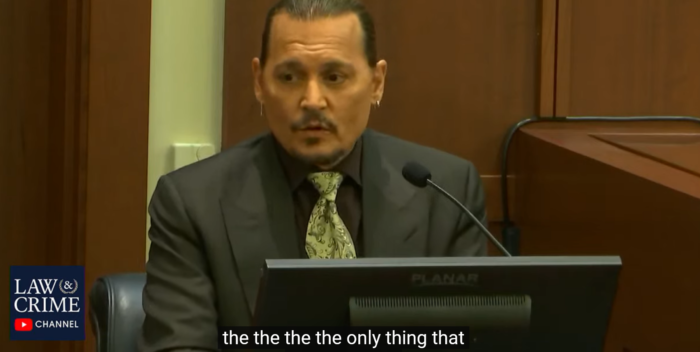 On YouTube, over 3.5 million people watched the jury return a verdict in the civil trial between Johnny Depp and ex wife Amber Heard.

Depp is not present. He’s in the UK playing rock gigs with Jeff Beck.

The jury says Depp has proven that Amber Heard defamed him. He’s won.

The jury came into the courtroom but evidently forgot to fill out the compensatory damages form. The judge sent them back to their room to finish their work.

The jury has completely vindicated Depp and ruled that Heard acted with “actual malice.”

It’s a stunning loss for Heard, and a victory for Depp. The jury awarded Depp $15 million regarding the Washington Post op ed Heard wrote. They also awarded him $2 million in the case of Heard’s claims about the Daily Mail.

Heard said in a long statement that she was “Disappointed” with the verdict. I’ll bet she is. The breakdown below shows what she now owes Depp. That will be negotiated over the next few weeks since it’s likely she doesn’t have that kind of money. What will be interesting to see is if Depp swaps out the money for a Non Disclosure gag order preventing Heard from writing a book or giving interviews.

$10 million to Depp in compensatory damages

$2 million to Heard in compensatory damages