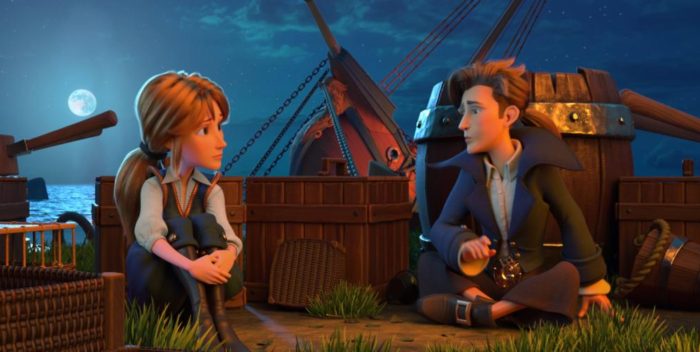 Volodymyr Zelensky, wasn’t always defending his country against annihilation by the Russians.

With three collaborators he created an idea for an animated film based on “Gulliver’s Travels.” It’s called “Gulliver Returns.” Shout Factory will release it on video in August. It’s hoped that Zelensky will still be with us by then, although I doubt there will be a red carpet premiere.

This guy is amazing, no?

According to a press release, Shout! Factory will be donating a portion of the net proceeds earned from the distribution of the movie from year one to World Central Kitchen, a non-profit organization that provides fresh meals in response to crises, which is currently active in Ukraine and surrounding countries providing meals for as many people as possible at border crossings, shelters, and other locations.

Gulliver receives an urgent letter from the people of Lilliput, who ask for his help. Seeing that remarkable changes have taken place on the island, Gulliver and his friends find themselves in a whirlwind of extraordinary events: The gang encounters crafty enemies and breakneck chases in their adventures…but together, they can overcome any obstacle because friendship and love always win!

Here are the credits: