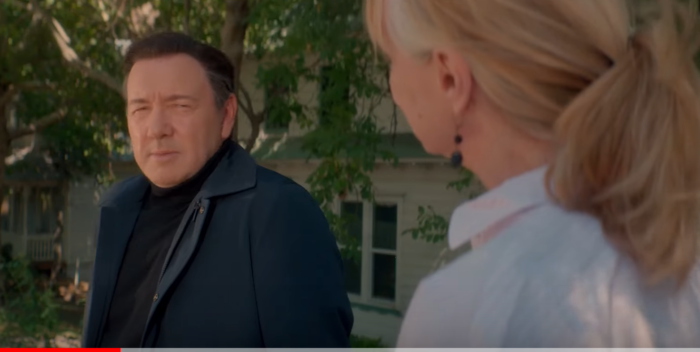 Someone thinks it’s a good idea to produce a thriller starring Kevin Spacey, accused and sued as an alleged sexual predator. He hasn’t been seen in a movie in five years.

“Peter Five Eight” indeed marquees Spacey, wearing something dead on his head, a strange guy in a small town who stalks one woman and beds Rebecca DeMornay. (It’s hard to imagine she needed money this badly or couldn’t get other work.)

Spacey’s co-star, Jet Jandreau, who, no you’ve never heard of, is listed as a producer. There is no distributor so far.

The trailer below looks pretty hideous.