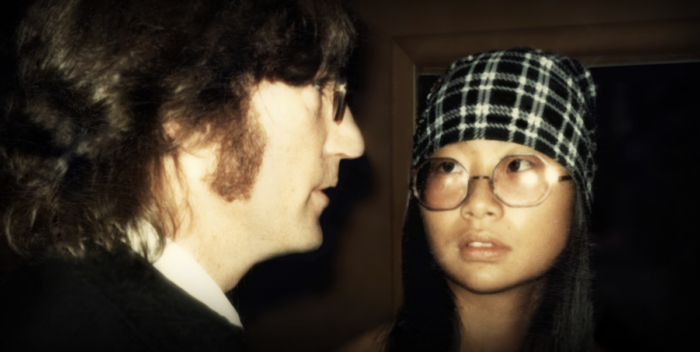 I’ve had the honor of knowing May Pang for a long time. She’s a great lady, a survivor in rock and roll and life.

Her story about her time with John Lennon has been told in bits and pieces over the years in interviews and books she’s published. But finally there’s a documentary and it’s mind blowing, lovely, funny, touching, and poignant. Every Beatles and Lennon fan will want to see it, own it, live in it.

Three directors — Eve Brandstein, Richard Kaufman, Stuart Samuels — are responsible for “The Lost Weekend: A Love Story.” The film quickly covers May’s early life, then cuts to her working for Apple Records, Allen Klein, and finally John Lennon and Yoko Ono. This is before they lived in the Dakota.

But then, famously, Yoko instructs May to take John, leave, and be his girlfriend. It’s 1972-73, and this period will go on until the beginning of 1975. In that time, John records and releases the “Rock and Roll” album and “Walls and Bridges,” he also produces Harry Nilsson‘s “Pussycats” album. He reunites with Ringo, and with Paul. He becomes friends with David Bowie and Elton John. He also has a period of debauchery with Nilsson that earns this time the moniker “The Lost Weekend.”

The documentary will premiere June 10th at the Tribeca Film Festival and then it will be shown somewhere depending on distribution. It’s a miracle of a film, beautifully made, with incredibly good production values. May narrates most of the film but there are interviews with many people who were around then including Julian Lennon. They have remained friends since he was a child, and Julian obviously adores her. He says nothing about Yoko, and indeed, Yoko is never disparaged. That’s not what this is about.

May was in her early 20s when all this happened. Amazing, no? She went on to marry David Bowie’s producer, Tony Visconti. They have two adult children. (Later they divorced.) May remains a vital part of New York music history and rock and roll history, a very popular person “on the scene.” She’s one of my favorite people and when you all get see “The Lost Weekend,” she will be one of yours, too.