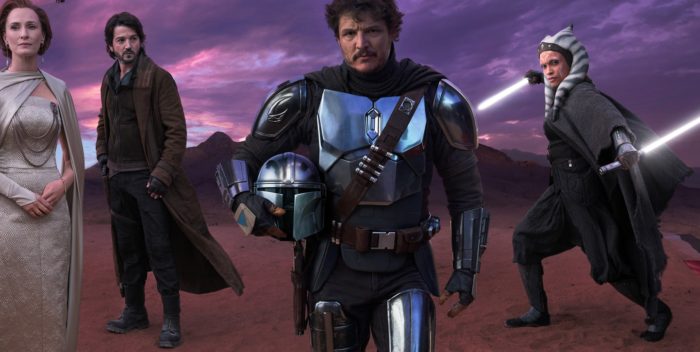 Who can blame Vanity Fair?

The magazine is dying. According to similarweb.com their online numbers are down 15%. Numbers declined in March when it was Oscar season. The only relevance VF still has in Hollywood for their Oscar party.

This morning they unveiled their June cover story. In a Hail Mary pass, the cover is a tribute to the “Star Wars” covers that Entertainment Weekly specialized in for 30 years. That’s no coincidence since the Hollywood staff at VF comes from the old, Time-era EW.

This wouldn’t be a bad thing except “Star Wars” is not of any interest at the moment. It’s something from a galaxy far away and long ago. It has nothing to with current TV — this is the TV issue — or movies.

Yes, “The Mandalorian” is popular, and the “Obi Wan Kenobi” series will be, too. But a TV cover story? Should have been Jean Smart, the gang from “Only Murders in the Building,” Donald Glover, and Quinta Brunson.

If only it could be 1999 again for Vanity Fair.