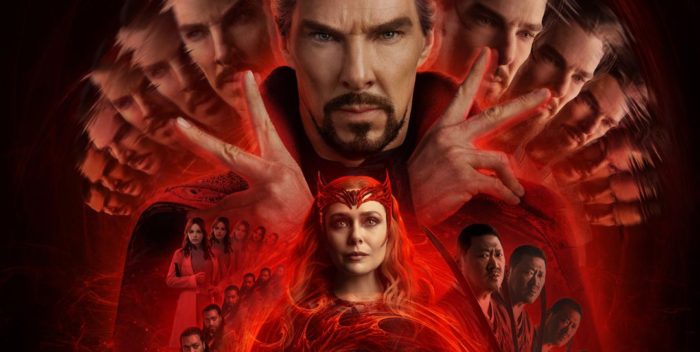 UPDATE The total was, as I expected, higher– $187 million. Yowza!

“Doctor Strange 2” debuted as the Marvel movie with the third highest ever opening weekend: $185 million.

That was below the $196 million many predicted, but tomorrow the weekend guestimate may be higher as Benedict Cumberbatch’s terrific turn on “Saturday Night Live” may send more people into theaters today.

Still, it’s a huge opening for a very good and entertaining popcorn movie.

“Doctor Strange in the Multiverse of Madness” sucked the life out of all the other movies in theaters. Some really suffered, like Liam Neeson’s “Memory” and Mark Wahlberg-Mel Gibson “Father Stu.” Warner’s “Fantastic Beasts 3” fell 52% from last weekend. “The Northman” dropped 56%.

No, until “Top Gun: Maverick” comes along, “Doctor Strange 2” is going to rule the box office. And that’s pretty amazing since the original “Doctor Strange” opened with just $85 million in 2016.

This release turns Cumberbatch into a movie star despite past Oscar nominations for “Power of the Dog” and “The Imitation Game.” It will be interesting to see how his next serious movie does as a result of this blockbuster.