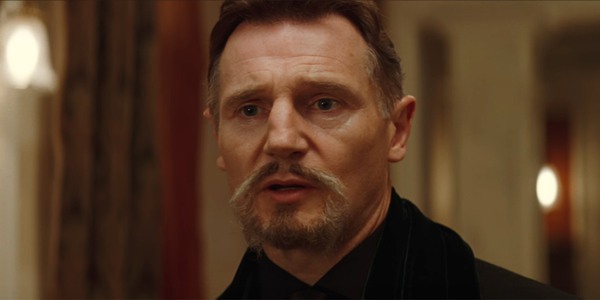 Everyone has to make a living, but Liam Neeson has chosen a path that he can’t be happy about.

His latest clunker, called “Memory,” whould be forgotten. Another D movie, it’s headed for a measly $3 million weekend. “Memory” has a rotten 30% rating from critics.

Neeson was a respected Oscar nominated actor for years. “Schindler’s List,” “Kinsey,” “Michael Collins,” “The Good Mother.” all showed he was a top tier actor. In 2008, he had an action-thriller hit with “Taken,” followed by a big screen hit version of “The A Team,” and then everything changed. Neeson became a one man grindhouse. Included in his cavalcade of artistically forgettable but financially memorable titles were two more “Taken” films. By the time the trilogy was finished, there was no one left in his fictional world for kidnappers to take!

But as Neeson approaches his 70th birthday, nothing lasts forever. His long run of formula films is starting to burn itself out. The air started to go out of this balloon in 2019, after a hit with “The Commuter” (you never saw it?) and a pair of thrillers that each made $76 million worldwide.

But “Memory” is just the latest signal that maybe it’s time to look for some quality films before the whole “Schindler’s” period becomes a distant memory.