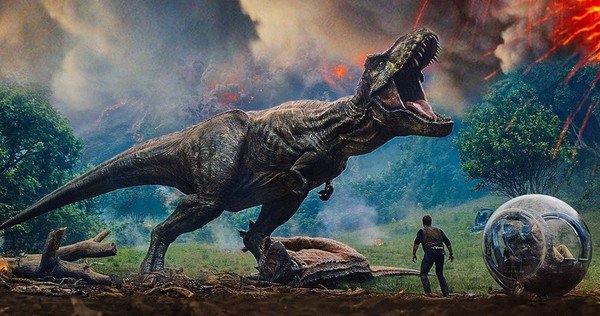 “Jurassic World: Dominion” is the sixth “Jurassic Park” movie. Hard to believe, right? And this one is the third of the newer group which began with “Jurassic World” in 2015, directed by Colin Trevorrow, and starring Chris Pratt and Bryce Dallas Howard. .

Then there was a sequel that I don’t even remember called “Jurassic World: The Money Is There” (just kidding) in 2018 not directed by Colin Trevorrow, because remember there was some kind of disagreement. But now Trevorrow is back, and so are the dino’s. It seems like Chris and Bryce got married and had kids or something, I missed all that part.

Anyway, Sam Neill, Laura Dern, and Jeff Goldblum are all back from the original “Jurassic Park,” which was released in the fall of 1933. I’m done with all this, but if you’re into it, here’s a look at the new one, coming soon.