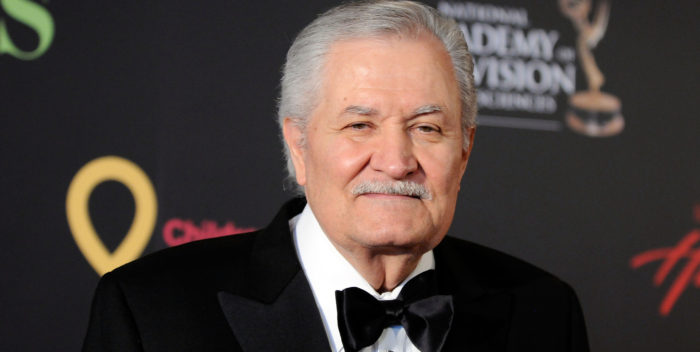 John Aniston at 87 is not the oldest member of the “Days of our Lives” cast. That distinction goes to Bill Hayes, who’s 96 years young. Both actors are on screen regularly, which is kind of amazing. Aniston turns 89 in July.

But now Aniston, famous long before his daughter Jennifer starred on “Friends,” is getting a Lifetime Achievement Award from the Daytime Emmys. The show airs live on CBS June 24th. He’s been a regular on “Days” since 1985, but he also had a short stint playing a different character in 1970. For many years prior to “Days” he was featured on “Search for Tomorrow” with the late Mary Stuart. He also has a long resume on prime time TV.

Aniston looks frail now, but “Days” has him on often– more often than you’d think — and he remains charming and central to scenes. God bless him. Let’s hope daughter Jennifer introduces him at the Emmys, this is a big deal for a long, stellar career.