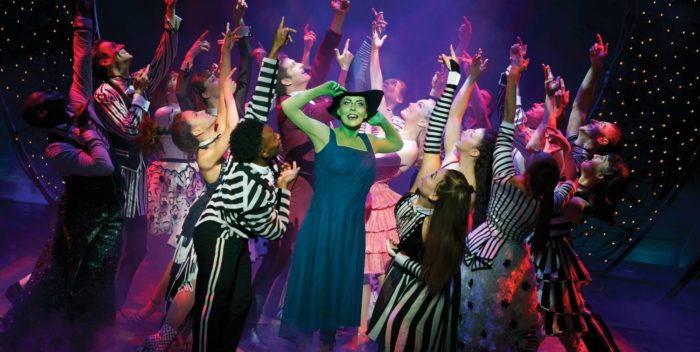 Something “Wicked” this way comes, but not for a while.

Jon M. Chu’s adaptation of the Broadway hit will premiere at Christmas 2024, and then again on Christmas 2025.

Yes, two parts. Chu said in a note on Twitter today that it was impossible to fit the whole megilla into one film, maybe even as long as three hours. So we’ll get a Part 1 and a Part 2 separated by a whole year. And this won’t even begin for 18 months plus.

“Wicked” the movie stars Cynthia Erivo as Elphaba and Ariana Grande as Glinda, the good witch. But no one else has been cast, there are no other details for casting. Or anything else.

One day our witch will come. But for Universal, patience will be a spell.