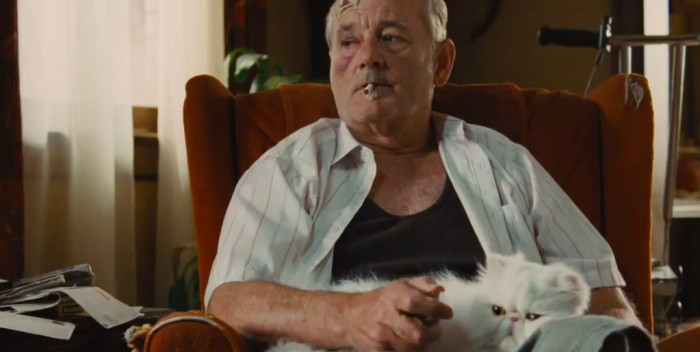 Aziz Ansari has only recently recovered from #metoo accusations. Now the film he wrote and directed has been cancelled because of accusations of “inappropriate behavior.” The film is called “Being Mortal” and it was being filmed for Disney (formerly Fox) Searchlight.

The behavior was not Ansari’s fault. The culprit has been identified as star Bill Murray. The former “SNL” star has had his ups and downs over the years on sets, and certainly famous for “eccentric” behavior. There are old stories floating around about he acted toward Oscar winner Richard Dreyfuss on the set of “What About Bob?”

Murray, as I say, is known for being off beat but usually his antics don’t rise to this level of complaint. But this is a new world, much less tolerant of bad language or anything suggestive, and certainly any hint of bullying.

One name we haven’t heard so far in this story is the lovely actress Keke Palmer, the only woman on the main cast list. She doesn’t deserve this mishegos.

Palmer posted an interesting and maybe telling philosophy to Instagram earlier this week. Here it is:

It’s not always about how good you are at the actual job… It’s about how you show up to the job. Are you on time? Do you have a good attitude? Are you efficient? Are you flexible? Are you calm under fire? Do you represent yourself and the employer well? Are you a good communicator?

These are the things people sometimes don’t think matters, especially those who work in fields that come natural to them. It can double your rate in any field if you create an enjoyable EXPERIENCE for the client. And it can lower your rate when people don’t like the experience of working with you, no matter the outcome of the actual task.

I’m talented but I’m not arrogant enough to believe that there aren’t many talented people. However, not every talented person is a professional and people PAY for PROFESSIONALISM.

Here’s the letter Searchlight sent out to cast and crew:

Dear Being Mortal Cast and Crew,

We know you are all concerned about the recent delays in production and want to give you an update.Late last week, we were made aware of a complaint, and we immediately looked into it.  After reviewing the circumstances, it has been decided that production cannot continue at this time.We are truly grateful to all of you for everything you’ve put into this project. Our hope is to resume production and are working with Aziz and Youree to figure out that timing.Production will be in touch with you to share details on the wrap, and we will let you know as soon as we have more information to share.