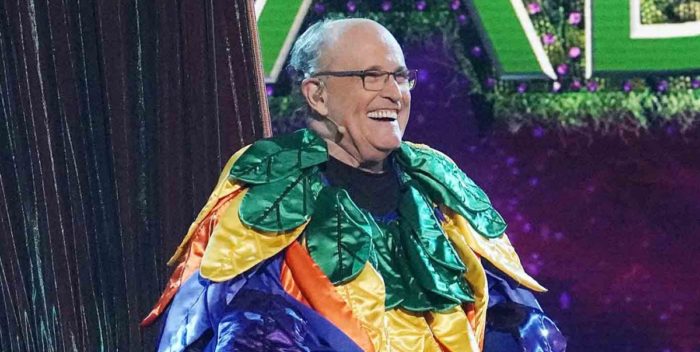 Last night, Fox’s “The Masked Singer” fell to its lowest numbers ever. The total was 3,968,000. The show has been in decline since its return on March 9th.

It didn’t help that despised former NYC mayor Rudy Giuliani was unmasked as the special guest. He “sang” the song “Bad to the Bone.” Giuliani’s appearance sent judge Ken Jeong off the stage and registered a protest also from Robin Thicke. Giuliani, a Trump henchman, is also thought to be part of the January 6th 2021 insurrection at the Capitol.

The show was taped some weeks ago, and Jeong’s walk off was publicized when it happened. So fans of “The Masked Singer” knew this was coming and chose not to watch it. If the idea was to generate ratings through this bad taste publicity it didn’t work.