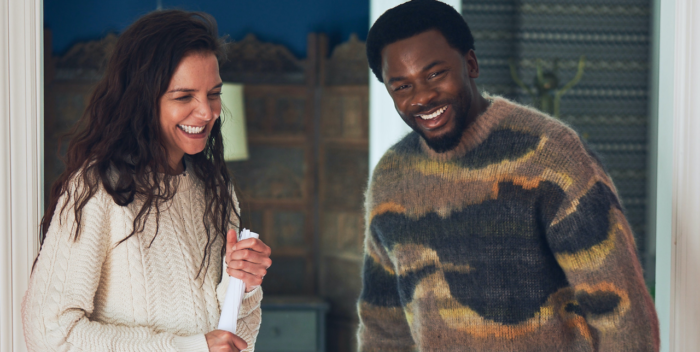 Katie Holmes has directed her second feature. It’s called “Along Together,” one of its stars is Derek Luke, and it’s premiering at the Tribeca former Film Festival.

Holmes is not the only actor who’s got a directing job coming to Tribeca. So do Kyra Sedgwick and Ray Romano, who each have promising features in the 2022 line up. There are also a lot of documentaries about people like John McEnroe, Leonard Cohen, Yogi Berra, May Pang and John Lennon, Rev. Al Sharpton, and Sinead O’Connor. There’s also the opening night infomercial about Jennifer Lopez, and a cinema verite look at the Chelsea Hotel as old tenants battle wealthy new owners. Plus, a doc about “King” Richard Williams if you haven’t gotten enough of that story.

JLo aside, Tribeca seems like it’s overflowing with riches. They’ve also got two big Sundance hits, Dakota Johnson in “Cha Cha Real Smooth” and “Good Luck to You Leo Grande” with Emma Thompson. Each of them is a knockout and will sell out quickly.

Major features to watch: Annette Bening and Bryan Cranston in David Frankel’s “Jerry and Marge Go Large,” a sort of “Fun with Dick and Jane” for 2022. Crossing fingers on that one. And “Official Competition” starring Penelope Cruz and Antonio Banderas NOT directed by Pedro Almodovar.

Plenty to see– very encouraging. Check out their website.