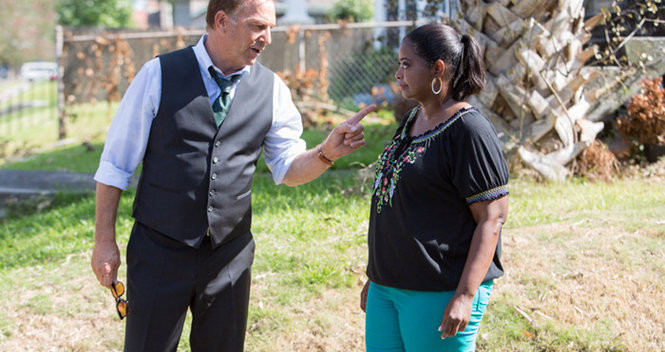 Kevin Costner is the King of Paramount TV these days with “Yellowstone.” The serial western horse opera is HUGE for Paramount, the number 1 show on cable when it’s airing and number 1 in DVD sales for the last year.

So you’d think Costner’s new movie deal would be at Paramount, too. “Horizon” is the first movie he’s directed since “Open Range” at 2003, which was a Touchstone/Disney film.

But no. Costner made his deal for “Horizon” with Warner Bros. and New Line, with studio chief Toby Emmerich. That’s a curve ball since Paramount could have easily used the “Yellowstone” magic to market “Horizon.” But reports indicate Costner went with Warner’s, where westerns from people like Clint Eastwood have a long history.

“Horizon” is supposed to go into pre-production later this spring. So is “Yellowstone,” for a two part season of seven episodes each. Some three decades after “Dances With Wolves,” Costner remains right in the game and busier than ever!

As for Paramount, down the line there’s always the “Yellowstone” movie or movies. Costner’s only 67, after all. Look at Clint. Costner’s a veritable baby!