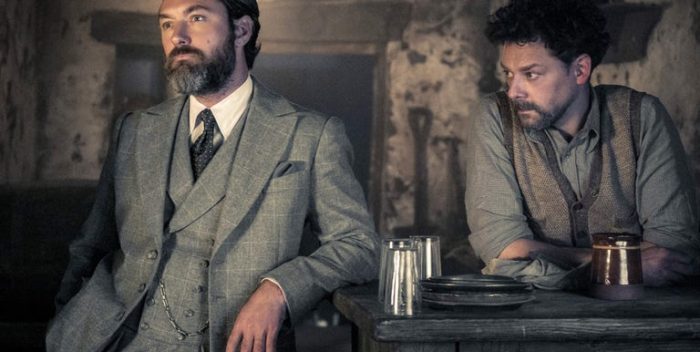 This may be the end for the “Fantastic Beasts” series.

Last night, number 3, in which Dumbledore expresses his same sex love for Grindelwald, was not warmly embraced by Harry Potter fans.

Indeed, “The Secrets of Dumbledore” may be ones that fans either aren’t interested in or want more in depth. Reviews are lukewarm at around 50% on Rotten Tomatoes.

The new movie also carries the baggage of author J.K. Rowling’s ignorant and inflammatory comments about trans people which have certainly turned off a big segment of the audience. The more Rowling speaks, the worse it gets, in fact.

It just may be we’ve come to the end of the line on the “Harry Potter” gravy train. It’s not like everyone didn’t make out like bandits. We’ll see what the weekend brings.

I hear Warner Bros. send out magic wands to a lot of the press. Maybe they can use them to cast a spell on the box office.